An ability to solve problems plays an important role in a person’s career. People that know how to quickly find a reasonable solution of a tribulation always receive decent jobs.  Unfortunately, we get no credit for solving everyday routine problems. The problem I faced was more than just a simple routine dilemma. I experienced hard times with my roommate.

We did not get along quite well because of some disagreements in basic everyday things. For instance, she would listen to her music without headphones on when I tried to study or invite guests over without asking if I did not mind. Another thing she did is take some of my books and magazines without permission. The worst though, was when she did not want to clean the room when I did so. Then I thought, “Why should it irritate me any longer? We should just sign some sort of legal document to regulate the rules”.

I spent much time thinking how to best resolve the problem for both parties. The solution had to be fair for both of us and it could not offend my roommate’s personality. Finally, I came with the thought to develop and sign the “roommate contract” that would regulate the relationship between us and establish the “rules of the room”. It states when the music is allowed and how many guests can come over. It also schedules the days for cleaning the room, the sleep time for weekends and weekdays, and it also schedules the studying time for both of us. The special point in the contract indicates what things can be taken without permission and for how long.

I decided that the signed agreement between us in the form of contract can best solve the misunderstandings that arose because it gives equal opportunities to the mutual parties. It also gives the possibility for both of us to openly discuss the way roommates should treat each other. By discussing the contract we could find the ways that satisfy me and my roommate and set them as rules to be referred to in future concerning the room issues. Arguing about the points and terms of the contract can develop into open debates where each side can presents personal points of view, attitudes, and believes that can affect future living together.

Signing the “roommate contract” is the perfect way to escape arguing with a roommate on routine things. People that share one room will never have to annoy and irritate each other by accomplishing something that the other person views as inappropriate. This agreement would be the highest law for regulation of room rules and it will eliminate possible quarrels between roommates which can result a positive effect on the studying process. Instead of thinking how to resolve the problem with the roommate I can fully concentrate on the matter of learning.

“Roommate contract” can be easily compared to the contract that people who get married sign. This type of contract happened to gain its popularity over the last years. The marriage contract turned out to be very successful as it protects each member of a couple from being mistreated. Having signed this type of contract prevents parties from seeking benefit in terms of each other. The roommate contract could work the similar way to protect both sides from violation of their rights. I believe that the signed treaty between the roommates prevents the conflicts over the basic things and eliminates the time phase in the relationship between roommates that is needed for adjusting to each other. People always experience difficulties when adjusting to each other because it takes a lot of understanding and commitment. Besides, signing this type of contract reduces a number of misunderstandings because the contract reflects and regulates most of them in advance. Using the contract lessens the stress roommates can experience over misapprehensions. Personally I think that the contract between roommates must be signed in prior to living together. It can just become an obligatory thing in dormitory life. 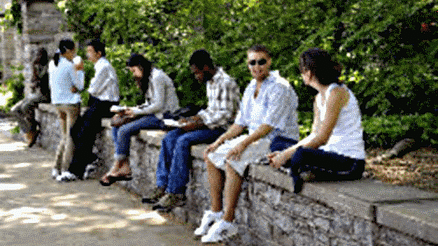