I was one of the relatively rare financial advisers who seldom recommended 529 College Savings Plans to clients.  Back when they were introduced to the scene about 1986 or so, I didn’t think that they were a great deal for most people. In certain cases, I wholeheartedly gave the “green light” but I can count those cases with just my ten fingers!

Section 529 of the Internal Revenue Code (the actual name) was put into place to encourage families to save and plan ahead for escalating higher educations costs. On the face of it, it seemed like a pretty good deal. There are currently nearly 9 million 529 Plan accounts now with roughly $90 Billion dollars invested.

How these plans worked was that you could open an account and deposit money (NOT deductible on your federal tax return) and the money would grow tax-free. These deposits could be invested in money market, bond and stock mutual funds.

Each state now has 1 or 2 approved 529 Plan providers which offer different mutual funds and/or portfolio allocations to choose from based on how risk adverse you are, the age of the child, etc.

The younger the child, the more aggressive (more stock mutual funds) are suggested and the older or as the child ages, more investment money is moved to bond funds or cash. You definitely don’t want to have 80% of your child’s college money in stock funds right before the tuition bills are due! What if the market tanks when you need it?

And if you spent those funds on qualified higher education expenses, the earnings (interest and capital gains) could be withdrawn tax-free! Not a bad deal. But here is why I never got excited about these plans.

The catch was that the tax free withdrawal of account earnings would disappear after 2010. That’s right, if your child was going to be entering university after that time, how would the earnings be treated? There was no clear or definitive answer, which is why I seldom recommended these savings plans.

But now the laws have changed again!!

The Pension Protection Act of 2006 guarantees the tax-free withdrawals from the plans won’t fade away in 2010 and beyond (at least until they change the laws again!!). So before the rules were up in the air, and at least now with the new Act, I don’t feel squeamish about recommending 529 Plans today.

As mentioned above, each state now has one or two approved 529 Plans. Vanguard, TIAA-CREF, American Funds are among the many 529 Plan sponsors that some states have approved. But many people don’t know that as a resident of one state, you CAN invest in another state’s 529 Plan.

And for most people, that is what I would recommend — invest in another state’s plan to get lower mutual fund expenses and/or better investment options. Some states have a potential State Income Tax deduction if you invest in your home state’s plan.

For example, most residents of Georgia can deduct up to $2,000 if they invest that much during the year in a Georgia 529 Plan. But since the state income tax in this state is only 6%, you would only realize a savings of $120 on your state tax return.

But to me, if you can find better investment choices in another state’s plan, the $120 tax savings isn’t that big a deal. And if the parent or grandparent is investing up to $12,000 in a year, the tax savings is worth even less (assuming you like a plan from another state for whatever reason). By the way, when I had recommended 529 Plans in the past it was almost always to wealthy grandparents who wanted to start college funds for their grandchildren.

529 Plans are really worth a serious look!

Since 1997, Mark J. Orr, a Certified Financial Planner, has helped hundreds plan for more financial success through powerful strategies and advice. To get 101 FREE Financial Planning Tips and to Register for his complementary e-newsletter, simply go to: http://www.SmartFinancialPlanning.com 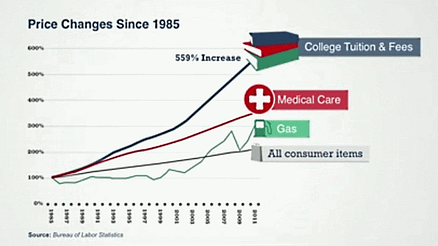