So George Washington University, already the country’s most expensive college, has raised its tuition again and broken the $60,000 barrier (including tuition, housing, and mandatory fees).

An article in the Washington Post quotes a GW student already $60,000 in debt: “I think people are going to come regardless of how much it costs,” and apparently the president of the GW Student Association thinks that “tuition is not a big issue at GWU, in part because parents often pay for it and in part because students think they’re getting a great education” (as paraphrased by the Washington Post).

Is a GW education really so magical that it merits the highest price tag in the country? Either (1) GW is full of people so well off financially that price really is no object (although the über-rich are some of the most cost-conscious people I know), (2) it’s full of people who aren’t so good at math, or (3) GW’s financial aid is so generous as to render the ticket price completely fictional (unlikely, given the size of its endowment — it doesn’t enjoy the financial aid luxuries of, say, Princeton).

Published tuition costs are of course really just list or sticker prices, like the ones car dealerships use.

A lot of people don’t actually pay list price. Either they negotiate the price down (if they can play peer schools against each other), their low income qualifies them for need-based aid, or they can dangle some carrot the school wants, whether that’s geographic origin, race, grades and test scores, or a particular extracurricular talent.

Schools discount tuition all the time so that they can engineer the kind of incoming class profile they want. Still, baselines matter. A high list price means a high negotiating baseline for you and a high discounting baseline for them.

Which brings me to the term “discount.” I remember attending a conference for admissions officers and hearing people use that lingo — the speakers referred to financial aid as “tuition discounting.” That’s all financial aid is when you boil it down, so don’t get too wrapped up in the sticker price on the window if you have something you know a school wants.

That’s the strategy I generally advise for college selection: go to the place where you’re a big catch for the admissions office and save your money.

I’ll close with an important caveat: I’m a firm believer in the maxim that it’s the terminal degree that counts. That means that you should go all-out to attend a prestigious graduate school, assuming you’ve already done the analysis to figure out that the particular graduate degree you’re interested in is a worthwhile financial investment to begin with. If you’re going to spend big bucks on a degree, don’t spend it on your first one.

Go to the college that represents the best value proposition, knock people’s socks off, and then invest in a fancy-pants, big-ticket, big-name graduate school.

Career Expert, Anna Ivey, is the Former Dean of Admissions at the University of Chicago Law School and author of The Ivey Guide to Law School Admissions.  Anna Ivey may be contacted at The Ivey Consulting Team 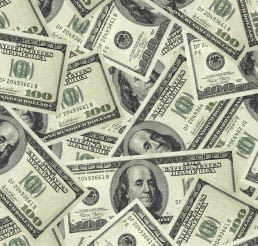